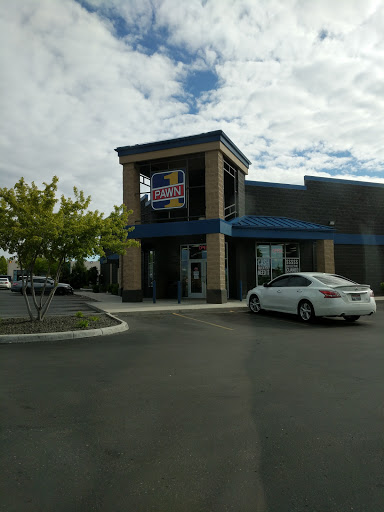 Very VERY Dissappointing! In Jan my son ran away and had a 21 year old sell his ps 4 and PS 3 to this place.They were his stations that I had bought him for christmases. They were not stolen. I got him home 2 days later and wanted to get back the systems. I was willing to pay what they had given my son and interst for it and was told no that I could not but that I could pay triple what they gave my son in a month and get them back that way if I wanted them back. My mother worked as a pawn shop manager for 13 years, I grew up around pawn shops and they could have done that but refused. I will NEVER do buisness with a company like this that is content to bleed someones parents.

I got an ipod from here that ended up not working. They gladly exchanged it and even hooked me up and gave me a better model. They are scholarly and polite like a fair maiden from 17th century Scotland. If this store was a berry i would pick it. If it was a tree i would climb it. If it was a romanian orphan i would adopt it. If it was a stop light i would stop at it. Also, no one in the store was wearing rotisserie chickens as mittens, it was good to see and the ambience was embracing.

I went in and bought a subwoofer box for my truck. They said that it would fit my 98 dodge 1500. when i went to install it, the box did not fit doing so research it was made for a ford 1500. i contacted pawn 1 and they said they would not refund me my money back saying we sale as is, even though i was lied to. they are a very shady place. dont trust them with any thing. they are just out to steal from people.

sadly I go here often to get loans on tools. the staff is friendly and they work with me on loan amounts and on extensions for rewrites. they also courtesy call when your loan is due. love this location but all the pawn 1 locations are the same way. great pawn shops. most of the things I have purchased were fairly priced and work great.

Probably the cheapest people on pawn loans that I have ever seen. Mediocre customer service. And they tend to way over sell their used products as well.

Went to the fairview pawn 1 in Boise on 05/06, I was helped by Franco. Amazing guy, got a fantastic deal. Would highly recommend the store and Franco

Great looking store! It always clean different than any other pawn shops! Chase is my favorite! He is always happy and very helpful!

Helpful and friendly staff and a large selection of items at reasonable prices.

Aaron at pawn one was very helpful, took his time more than most would.

Adam was very helpful, put my mind at ease

Best in the west!